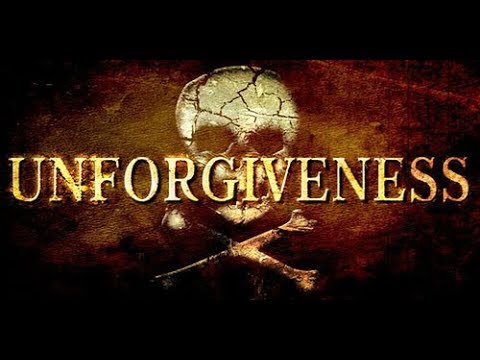 Over the next three weeks, I’ll be adding a guest blog post on the important topic of forgiveness. Content from these posts are based on the book – LifeCare, written by Solome Skaff.

Solome Skaff holds a master’s degree in counseling from Dallas Theological Seminary, and a master of research in counseling and psychotherapy from the University of Edinburgh. He is a Licensed Professional Counsellor and has over fifteen years of experience in restoration ministries. He currently serves with the Greater Europe Mission, and leads the care ministry of Central Church, Edinburgh, Scotland.

When I was young my older brother and I used to play a game. At least to him it was a game. To me it was a mild version of torture.  It was called ‘stop hitting yourself.’

It went like this: I would poke at him, as younger siblings do, and then in retaliation he would grab hold of my arm and use it to whack me about the head like Forrest Gump in a table tennis tournament. All the while he would tease, ‘Stop hitting yourself!  Why are you hitting yourself?’

Of course as adults, we don’t let anyone else do this to us.  Instead, we have invented a different game of self-torture.  It’s called ‘Unforgiveness’. Here’s how it goes. Think about a thing someone did to hurt you, ‘hit yourself’ with all the negative thoughts until you become angry and bitter. Repeat.

To understand how this ‘game’ works, you need to know a bit about cognitive psychology, which tells us that it is our thoughts and beliefs about a situation that generate our feelings, rather than the situation itself. The three sets of contrasting thoughts below illustrate how different thoughts about the same situation can create different feelings:

‘I’ll never meet someone,’ versus, ‘The right person is out there waiting for me.’

Most people will agree that in each pair of statements, the first may well lead to despair. Even if there is reason to believe it, it doesn’t actually help you move forward toward your goals.

The second statement is equally as true or likely as the first. But it has the added advantage of generating a sense of hope and a spirit of perseverance and action toward your goals.

This is not a new idea.  Paul says as much in his letter to the Philippians.

Finally, brothers and sisters, whatever is true, whatever is noble, whatever is right, whatever is pure, whatever is lovely, whatever is admirable—if anything is excellent or praiseworthy—think about such things. Whatever you have learned or received or heard from me, or seen in me—put it into practice. And the God of peace will be with you.’ – Philippians 4:8-9

In this verse you see the alignment of thoughts, actions and emotions.  Whatever the situation, we get to choose what to think about and focus on, resulting in actions that positively impact our situation.

Why are you hitting yourself?

Everyone knows what it’s like to be hurt by someone. Whether a slight offense or a criminal act, getting past the hurt can seem impossible. You’ll need time and space to process what happened – especially in extreme cases. It can also be very helpful to connect with someone who can show some empathy and compassion, and let you know that what you’re feeling makes sense.

But there comes a point when you can get stuck in unforgiveness. You can begin to feel like life can’t move on. Like you’re drowning in bitterness and resentment, or even obsessed with vengeance or justice. And of course, we are not the just judge. And vengeance is not ours to take.  That is God’s job, and he can do it far better than we can.

Every time you allow negative thoughts about the person or situation to run unchecked through your mind, negative feelings will come along with it, which can then lead to self and other destructive behaviours.

Scripture says that we are to take our thoughts captive and make them obedient to Christ (2 Corinthians 10:5). That we are to set our minds on things above (Colossians 3:2). Because when we cling to unforgiveness, it’s like slapping ourselves in the face.  The person who hurt us doesn’t feel the sting of our bitterness. We do.  Each thought brings a fresh reminder, restokes the flames of anger, and creates a rut in our neural pathways, channelling our thoughts down the well-worn path of resentment.

There are not just spiritual, emotional and relational consequences to our unforgiveness. Our own lives may be on the line.

According to the Harvard Study of Adult development, which at 80 years and counting is the longest running study of a single human cohort in history, our relational heath is directly related to our physical health. The study has shown that relational happiness at age 50 is a better predictor of physical health and cognitive functioning in our 80’s than our cholesterol levels.

Why we keep playing

None of these could be further from the truth, and I’ll explore those questions and more in my next post in this 3-part series.

For now, the main thing to focus on is that bitterness doesn’t protect you, resolve the situation, or harm the person who harmed you. When you harbour unforgiveness, you are the one that pays the price as your negative thoughts lock you into painful feelings associated with poor health outcomes and a shorter life span.

According to the World Health Organization, hundreds of millions of people around the world struggle with emotional and relational issues–and do not have access to help. LifeCare is a biblical response to this crisis. 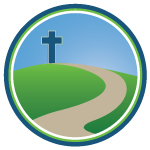